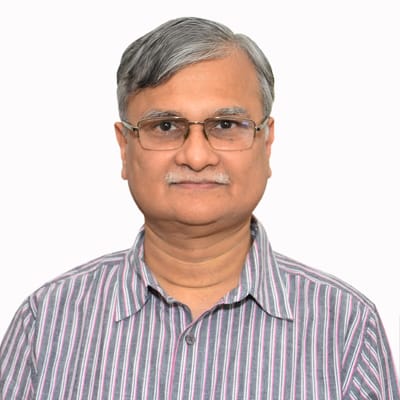 Ajit Kumar Chaturvedi received the B.Tech., M.Tech., and Ph.D. degrees in Electrical Engineering from Indian Institute of Technology Kanpur in 1986, 1988, and 1995, respectively. He served the Department of Electronics Engineering at Indian Institute of Technology, Banaras Hindu University, Varanasi from 1994 to 1996. Subsequently, he joined the faculty of the Department of Electronics and Computer Engineering at Indian Institute of Technology Roorkee. In 1999, he moved to Indian Institute of Technology Kanpur where he also held the positions of Head of the Department of Electrical Engineering, Dean of Research & Development and Deputy Director. He is now the Director of IIT Roorkee. Prof. Chaturvedi was the Coordinator of the BSNL-IITK Telecom Centre of Excellence which has done a large number of projects for the Indian telecom sector. He is a recipient of the INSA Teachers award, the Distinguished Teacher award of IIT Kanpur and Tan Chin Tuan Fellowship of Nanyang Technical University, Singapore. He is a founding member of the Telecom Standards Development Society of India (TSDSI). Prof. Chaturvedi was a member of the DoT committee which recommended criteria for spectrum allocation to telecom operators, in 2008. His research interests are in communication theory and wireless communications.