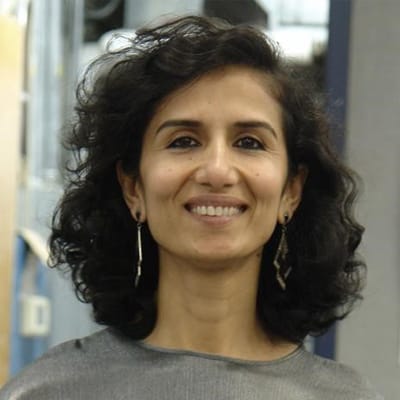 Chandralekha Singh is a professor in the Department of Physics and Astronomy and the Founding Director of the Discipline-based Science Education Research Center (dB-SERC) at the University of Pittsburgh. She is currently the President of the American Association of Physics Teachers. She obtained her bachelors and masters degrees from the Indian Institute of Technology, Kharagpur and her Ph.D. in theoretical condensed matter physics from the University of California Santa Barbara. She was a postdoctoral fellow at the University of Illinois Urbana Champaign, before joining the University of Pittsburgh. She has investigated superconductivity, self-organized criticality, nonlinear optical properties of conducting polymers, polymers at interfaces, transport of ions in ion-channels among other things. She has been conducting research in physics education for two decades. She co-led the US team to the International Conference on Women in Physics in Birmingham UK in 2017. She is a Fellow of the American Physical Society, American Association for the Advancement of Science and American Association of Physics Teacher. More information about her can be found at www.sites.google.com/site/professorsinghswebpage