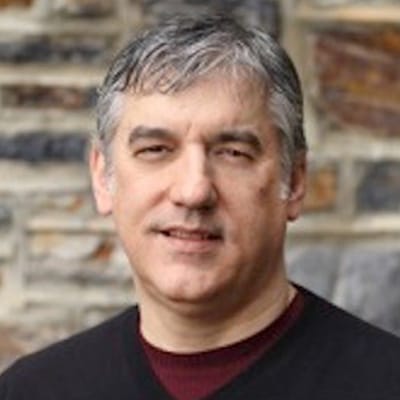 Christopher Monroe is the Bice Zorn Professor of Physics and a Distinguished University Professor at the University of Maryland, and Co-Founder and Chief Scientist of IonQ, Inc. Monroe specializes in the isolation of individual atoms for applications in quantum information science.  At NIST in the 1990s, Monroe led the team that demonstrated the first quantum logic gate. Since 2000, Monroe was at the University of Michigan, the University of Maryland, and as of 2021 will be Professor of ECE and Physics at Duke University. His research group has pioneered all aspects of trapped atomic ion-based quantum computers, making the first steps toward a scalable, reconfigurable, and modular quantum computer system. In 2016, he co-founded IonQ, a startup company leading the way in the fabrication of full-stack quantum computers. Monroe is a member of the National Academy of Sciences and was one of the key architects of the recent U.S. National Quantum Initiative.