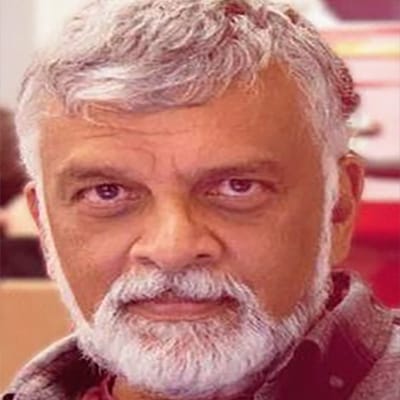 J. (Bob) Balaram is a Principal Member of Staff at the Jet Propulsion Laboratory, California Institute of Technology. He received his Ph.D. and M.S. in Computer & Systems Engineering from Rensselaer Polytechnic Institute in 1985 and 1982 respectively, and a B.Tech from IIT Madras in 1980. He has been at JPL ever since and works in the area of Entry, Descent and Landing (EDL), Modeling & Simulation, Telerobotics Technology, and Mobility Concept Development.

Bob is the Chief Engineer for the Mars Helicopter Ingenuity currently on its way to Mars as part of the Perseverance rover missions. Ingenuity is a technology demonstrator designed to prove controlled powered aerial flight for the first time on a planet besides Earth.

Previously Bob researched precision landing methods for Mars as well as advanced simulation techniques for planetary EDL. He led the team that developed a high-fidelity EDL simulator adopted for use by the Curiosity and Perseverance rover missions. He is also the co-developer of a simulator used for planetary rover simulation. Bob has led design teams for developing Mars aerobot (aerial robot) perception systems, a deep-diving Venus balloon gondola concept, and balloon-carried imaging sondes for deployment at Venus. He was also a co-developer of the Rocky-7 rover platform, a prototype, and a precursor to the Spirit and Opportunity rovers on Mars.