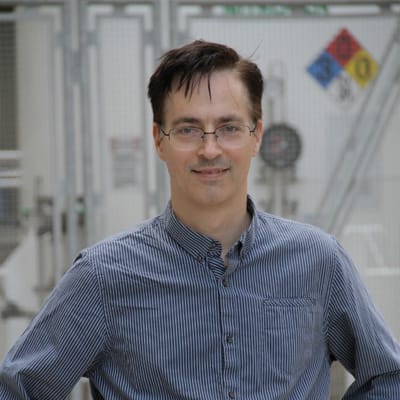 Dr. Jeremy Levy is a Distinguished Professor of Condensed Matter Physics at the University of Pittsburgh in the Department of Physics and Astronomy, and Founding Director of the Pittsburgh Quantum Institute (http://pqi.org).  He received an A.B. degree in physics from Harvard University in 1988, and a Ph.D. degree in physics from UC Santa Barbara in 1993.  After a postdoctoral position at UC Santa Barbara, he joined the University of Pittsburgh in 1996.  His research interests center around the emerging field of oxide nanoelectronics, experimental and theoretical realizations for quantum computation, semiconductor and oxide spintronics, quantum transport and nanoscale optics, and dynamical phenomena in oxide materials and films.  He is a Class of 2015 Vannevar Bush Faculty Fellow, a Fellow of the APS and AAAS, a recipient of the 2008 Nano50 Innovator Award, and the NSF Career Award.  He has received the University of Pittsburgh’s Chancellor’s Distinguished awards for research (2004, 2011) and teaching (2007).