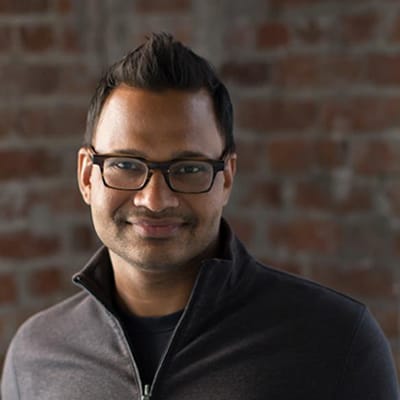 Jyoti Bansal is a serial entrepreneur and a silicon valley technology visionary. He believes passionately in software’s ability to change the world for the better.   In 2008, he founded AppDynamics, an application intelligence company that provides enterprises with real-time insights into application performance. He led the company as Founder & CEO for the first eight years, and as Founder & Chairman for the last one year until its acquisition by Cisco for $3.7 Billion in January 2017.

In 2017, he launched BIG Labs, a startup studio, where he can help create companies that define the future of software and technology. He is currently CEO & Co-founder of Harness, a fast growing startup aiming to revolutionize software delivery processes, and CEO & Co-founder of Traceable – a software cybersecurity company. In 2018, Jyoti co-founded Unusual Ventures, a new $400 Million venture capital fund focused on helping early-stage technology entrepreneurs.

Jyoti received his BS in Computer Science from the Indian Institute of Technology, Delhi. Prior to founding AppDynamics, Jyoti worked at various silicon valley startups as a software engineer and architect.