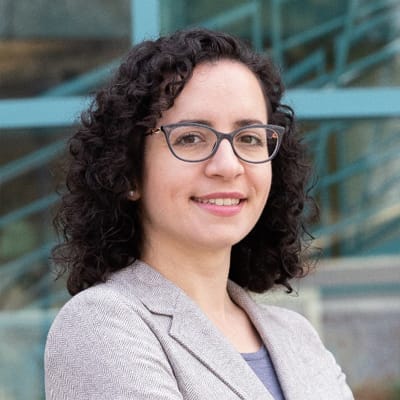 Marina Radulaski is an Assistant Professor of Electrical and Computer Engineering at the University of California, Davis leading the Quantum Nanophotonics Laboratory. Her academic training includes a Ph.D. in applied physics and a postdoctoral training in electrical engineering at Stanford University, as well as two undergraduate degrees in physics and computer science at the University of Belgrade and Union University in Serbia. Prof. Radulaski’s international experience in quantum and solid-state physics research was obtained at Stanford University, Lawrence Berkeley National Lab, Hewlett-Packard Labs, Oxford University, the Institute for Quantum Optics and Quantum Information in Vienna, Helmholtz Center Berlin, the Institute of Physics of the Polish Academy of Science, and the Institute of Physics Belgrade. She was selected among the Rising Stars in EECS in 2017, and named 30-Under-30 Up and Coming Physicists by the Scientific American in 2012.