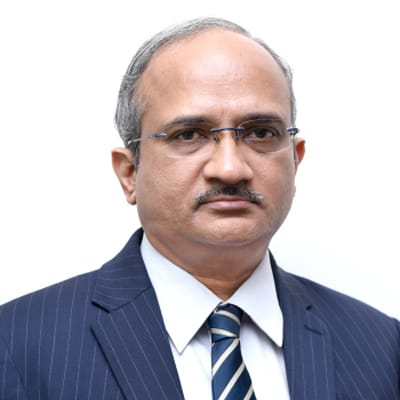 Prof. V. Ramgopal Rao is currently the Director, IIT Delhi. Before joining IIT Delhi as the  Director in April 2016, Dr. Rao served as a P. K. Kelkar Chair Professor for Nanotechnology  in the Department of Electrical Engineering and as the Chief Investigator for the Centre of  Excellence in Nanoelectronics project at IIT Bombay. Dr. Rao has over 450 research  publications in the area of nano-scale devices & Nanoelectronics and is an inventor on 40  patents and patent applications, which include 15 issued US patents. Eleven of his patents  have been licensed to industries for commercialization. Prof. Rao is a co-founder of two  deep technology startups at IIT Bombay (Nanosniff & Soilsens) which are developing  products of relevance to the society. Dr. Rao is a Fellow of IEEE, a Fellow of the Indian  National Academy of Engineering, the Indian Academy of Sciences, the National Academy  of Sciences, and the Indian National Science Academy.

Prof. Rao’s work is recognized with many awards and honors in the country and abroad.  He is a recipient of the Shanti Swarup Bhatnagar Prize in Engineering Sciences in 2005 and  the Infosys Prize in 2013. Dr. Rao also received the Swarnajayanti Fellowship award from  the Department of Science & Technology, IBM Faculty award, Best Research award from  the Intel Asia Academic Forum, TechnoMentor award from the Indian Semiconductor  Association, DAE-SRC Outstanding Research Investigator award, NASI-Reliance Platinum  Jubilee award, J.C.Bose National Fellowship, Prof. C.N.R.Rao National Nanoscience award,  VASVIK Award and the Excellence in Research Award from IIT Bombay. Prof. Rao was an  Editor for the IEEE Transactions on Electron Devices during 2003-2012 for the CMOS  Devices and Technology area and currently serves on the Editorial boards of other journals.  He is a Distinguished Lecturer, IEEE Electron Devices Society and interacts closely with  many semiconductor industries both in India and abroad.

Dr. Rao served as the Chairman, IEEE AP/ED Bombay Chapter and as a Vice-Chairman, IEEE  Asia Pacific Regions/Chapters sub-committee for two terms. He was the first elected  Chairman for the India section, American Nano Society during 2013-2015.

For more information about Prof. Rao’s current research interests and a list of publications  visit: www.ee.iitb.ac.in/~rrao/.